This is the information that is in every section where you can find the analytics, each one varies depending on where are you visualizing them, for example, if you see them inside a group, then everything is based on the information of only that specific group. The following are the common analytics:

In the ASM, you can track the evolution of your systems from a security point of view: 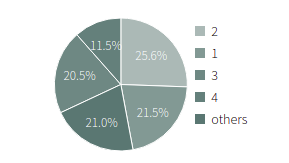 In the ASM, you can plan and manage the remediation of security findings:

Vulnerabilities are the minimum units of risk. They are tied to a system, and a specific location within that system.

Once your team has solved a vulnerability you can request a re-attack. In the re-attack process a hacker will replay the attack vector and confirm that the proposed solution actually shields your system. In case it does not, your team will be notified and the finding kept open.

Days since a finding was effectively closed.

Mean time to remediate (all vulnerabilities)#

Amount of time (in days) it takes to your team to fix a security vulnerability.

Amount of time (in days) it takes to your team to fix a security vulnerability, excluding accepted vulnerabilities.

Security vulnerabilities are ranked based on CVSS v3.1. The higher the score, the more damage an attack can make to your system, and the easier it is to carry it on.

Resources can be of two types: Repository and Environment.

The maximum benefit is reached when every environment has its full source-code available for us to test it.

These are all your vulnerabilities categorized by tag. Tags can be assigned at the moment of defining a treatment for your vulnerabiities, for more information click here.

These are all your vulnerabilities categorized by level. Levels can also be assigned at the moment of defining a treatment for your vulnerabiities, for more information click here. 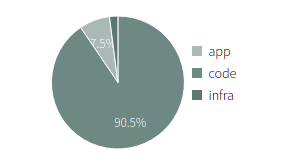 These are the vulnerabilities categorized based on whether they come directly from an app, code or the infrastructure.

These graph shows the findings that have the highest number of individual open vulnerabilities.

Here you can see the average number of days that it takes for the users of the organization to solve a discovered vulnerability, categorized by severity.